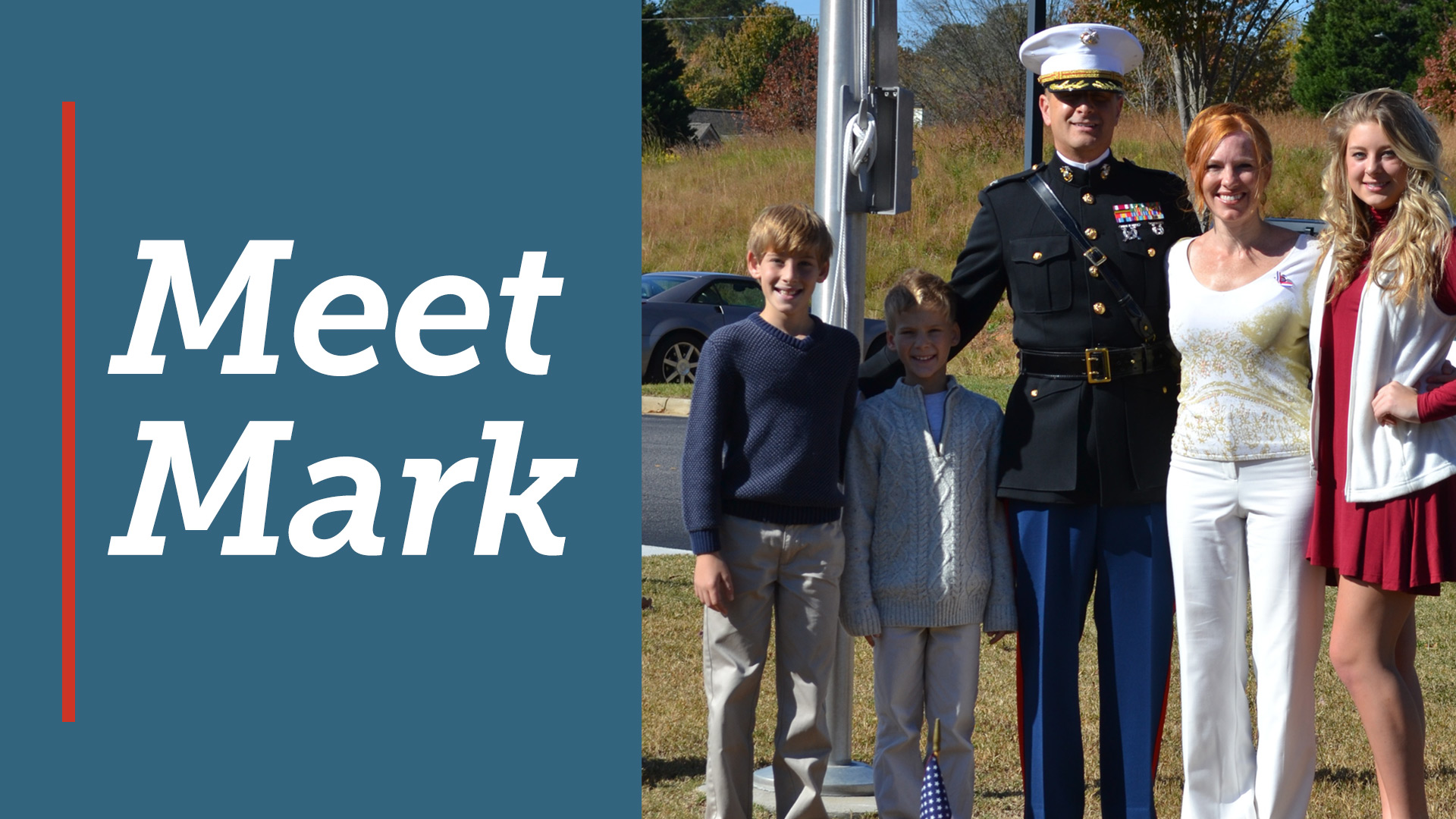 Mark is a native of North Carolina, growing up in the small Piedmont town of Badin. He's a graduate of the North Carolina public school system, all the way from elementary school to the University of North Carolina. Since he was 18 years old, he's been a part of the Marine Corps, first as a midshipman, and then as a commissioned officer, serving around the globe. A veteran of Operation Iraqi Freedom, he mobilized as a reservist and served as a company commander during the 2003 invasion. He retired from the Marine Reserves in 2016 as Colonel.

An accomplished businessman, he founded and led his Information Technology firm, Carolinas IT, for 24 years, reaching annual revenue of over 16 million dollars and employing 85 full time team members. As one of the most successful privately owned technology companies in the state, Carolinas IT earned numerous awards and recognitions.

In late 2019, Carolinas IT was purchased by a national IT support firm, giving Mark the opportunity to focus on serving his community. He was a candidate for the NC Senate in 2020, and was elected as the First Vice Chair of the Wake County Republican Party in 2021.

In 2022, Mark became a substitute teacher with the Wake County Public School System.

Mark has been married to his college sweetheart for 29 years and has 3 children. He's an Eagle Scout and lifelong Scouting volunteer, currently serving as a leader with Troop 202 in Cary.