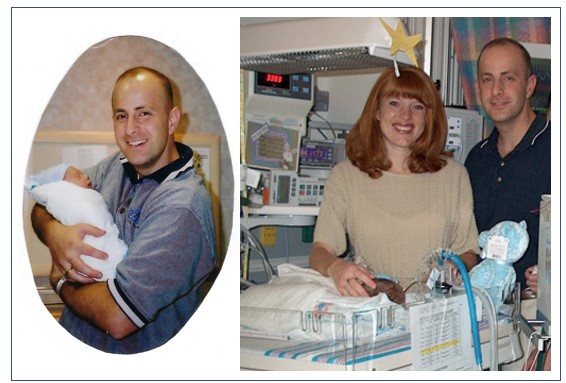 Elizabeth and I with our son Jackson, who was born with a severe heart condition.

Is Mark Cavaliero anti-choice on abortion?

Because of slanderous charges by my opponent, many people ask if I’m anti-choice regarding abortion. I don’t think labels on this complex issue are helpful, but I proudly support the lives of both mothers as well as their unborn babies. My experience as a father has strengthened my belief that all life is precious.

Unintended pregnancies should be reduced through education, voluntary family planning, and contraception. This issue should be approached with compassion for everyone involved as we strive to provide and encourage safe, lifesaving alternatives such as foster care and adoption. I’d like to see tax credits for adoption and policies to streamline and simplify the process while still ensuring every home is safe. We have 83 pregnancy resource centers in the state that help women, and I’d like those to get more funding.

Like so many of the voters I’ve spoken with, I support reasonable restrictions on abortion but I wouldn’t vote to ban it completely. And I wouldn’t support any legislation that did not include exceptions for rape, incest, or to save the life of the mother.

Roe v. Wade prohibited abortions once a baby is viable outside the womb. (Generally accepted at 24 weeks previously) Last year, a child born in Alabama survived who was born at 21 weeks, so I think we’ve got to consider how advancing medical technology is lowering the age of viability. Many women don’t even know they are pregnant until 6 weeks or later, so we’ve got to consider that as well. The Senate President Pro Tempore has indicated he believes any restriction should begin after the first trimester. He also said he would support exceptions to any prohibition following the first trimester, such as in situations of rape and incest or when the life of the mother is at stake.

In 2019, 93% of abortions occurred during the first trimester – that is, at or before 13 weeks of gestation, according to the CDC. An additional 6% occurred between 14 and 20 weeks of pregnancy, and 1% were performed at 21 weeks or more of gestation.

Late-term abortion is abhorrent and should be banned except in an emergency to save the life of the mother or cases of severe fetal abnormalities incompatible with life.

It’s one thing to believe abortions up to a certain time and in certain instances should be allowed, but it’s hard to imagine someone supporting late term and even post-birth abortions – like my opponent does. (She voted against the North Carolina “Born Alive Survivor’s Protection Act”)

Next year the legislature will debate and discuss any changes to North Carolina’s abortion laws, and as a state senator I assure you I will listen to all sides in this important debate. I’d ask that you not fall for the negative attacks and wild accusations that the other side is putting out right now – they are just playing politics and trying to scare and trick voters. That’s a terrible way to try and win elections, and I believe voters will see past the politics.

If this issue is one that truly matters to you, I urge you to consider this question – which position is the extreme one? My position of reasonable restrictions after a certain point, with exceptions for rape, incest, and to save the mother’s life, or my opponent’s position which is no restrictions at all, at any point, for any reason?

The other side has seized upon the abortion issue in an effort to distract voters from their failed policies – to try and get voters upset and angry by throwing out wild accusations about what Republicans are going to do. These are scare tactics designed to make you forget about the out of control inflation and the destruction they’ve put on our economy. Don’t let them fool you. Learn the truth about where candidates stand and then vote for the ones you believe align with your positions.

If you’d like to discuss further, feel free to reach out to me by the form on our Contact Page.

Is Mark Cavaliero anti-choice on abortion?